Our custody and divorce lawyers in Charleston have handled many cases involving custody of a child whose parents never married. In some respects, family court cases involving unmarried parents can be simpler than a traditional divorce because they do not involve issues such as alimony or the division of assets. However, custody claims between unwed parents can be challenging because oftentimes the child is born as a result of a short relationship, the parents don’t know each other well, and there is a lack of trust between the parents. In this article, our Charleston family court attorneys explain the process for establishing paternity, the father’s rights regarding an illegitimate child, and the differences between a custody claim between unwed parents vs. parents who are going through a divorce.

In South Carolina, Does an Unmarried Father Have Equal Rights to a Child?

In South Carolina, if the parents are married, Section 63-5-30 states that “neither parent has any right paramount to the right of the other concerning the custody of the minor . . . .” In other words, both parents have equal rights. However, when a child is born out of wedlock, Section 63-17-20(B) applies:

Unless the court orders otherwise, the custody of an illegitimate child is solely in the natural mother unless the mother has relinquished her rights to the child.  If paternity has been acknowledged or adjudicated, the father may petition the court for rights of visitation or custody in a proceeding before the court apart from an action to establish paternity.

How is Paternity Established in South Carolina?

In South Carolina, a man is presumed to be the father of any child born as a result of his marriage to his wife. Determining paternity for children born outside of a marriage is a little more complicated. An action to declare or determine paternity can be brought by limited parties, including the person claiming to be the father of the child, the natural mother of the child, the child him/herself, or DSS (the Department of Social Services). The law says that having sexual intercourse in the State of South Carolina will subject the father to South Carolina’s jurisdiction. So, even in the case of a “one night stand,” the mother can bring an action for paternity and child support in South Carolina regardless of whether the father lives in another state. If you have been brought into an action for paternity as the purported father, you have three options: 1) contest paternity; 2) acknowledge/admit paternity; or 3) do nothing. If you admit paternity, you waive your ability to contest paternity. If you do nothing, the court will likely hold you in default and determine you to be the father. If you contest paternity, the court will order a genetic test to determine the paternity of the child. You may be responsible for the cost of the testing if you are determined to be the child’s father. Paternity may be established by a positive genetic test, the father’s refusal to submit to the genetic test, a birth certificate signed by the purported father, or an expert’s opinion concerning the time of conception. The court may even elect to examine the child for physical characteristics and similarities between the child and the purported father. An opportunity to contest or determine paternity also may arise if a father is served with an administrative notice of financial responsibility pursuant to South Carolina Code Section 63-17-730. If served with a notice of financial responsibility, the purported father may attend the negotiation, may request a hearing, or may object in writing within thirty days of service of the notice and the court will hold a hearing regarding the issues presented. If the purported father does none of these things, he may be held in default regarding all issues presented in the notice. The agency that filed the action may also establish paternity through the notice of financial responsibility by including notice of the same. Again, if the purported father does not appear or contest any of the issues regarding paternity, he may be held in default and the court may presume his paternity of the child or children at issue. The choice to establish paternity has various and lifelong ramifications. As a mother, establishing paternity for your child’s father means that the father may be responsible for paying child support; it also means the father may be entitled to visitation and parenting time with the child. As a father, if you choose to contest paternity and the child is determined not to be your child, you may be relieved of financially supporting the child, but you may also lose any right to visit with and parent the child. This can be particularly difficult if the purported father has been acting as the child’s father for a significant period of time.

What is Involved in a Custody or Support Action Between Parents in South Carolina Who Aren’t Married?

After paternity is established, with the exception of a support case brought by DSS, the lawsuit is essentially the same as a custody action between parents going through a divorce. The court can award custody to the father or the mother based upon what the court believes is in the minor child’s best interests. The court will address issues of visitation, restrictions on parental behavior that is detrimental to the child, support, and other less obvious things such as who gets to claim the child on his or her taxes.

How Does a South Carolina Family Court Judge Decide Who Gets Custody When the Parents are Unwed?

The family court will look at pretty much anything that is relevant to determining what is in a child’s best interests. The judge will want to know about both parents’ situations to make this determination. Relevant issues might include any drug or alcohol use by either or both parents, whether the parents have family support systems that are local, the parents’ jobs and schedules, whether the father contributed financially to the pregnancy or to the child after birth, who has a more suitable home, and many other factors. In South Carolina, it’s becoming more common for family court judges to award joint custody.

In South Carolina, Can a Father Force a Mother to Have an Abortion?

No. Although abortion is legal in South Carolina through the first trimester, the final decision of whether to have one is made by the mother. If the father pressures the mother to have an abortion but she decides to have the child anyway, a family court judge will consider the father’s request when determining custody and visitation.

What Happens if a Married Woman has an Affair and Gets Pregnant?

If the mother cheated on her husband and gave birth to another man’s child, the child will initially be deemed to belong to the husband. During the divorce, one or both parties will have to prove to the judge that the husband isn’t the child’s father. The family court will appoint a guardian ad litem to protect the minor child’s interests since the case threatens to make a child illegitimate. If the identity of the suspected father is known, he must be made a party to any legal action in the family court.

If there’s a question of whether you’re a child’s father, call our office immediately to schedule an appointment with an experienced divorce attorney to review the documents with you and to advise you as to your possible courses of action, your rights, and your potential responsibilities. Likewise, if you wish to establish the paternity of a child you believe to be your own, contact an attorney in our office to learn about your rights, obligations, and the process to determine the same. As a mother, if you are seeking to obtain or enforce an order of support or to establish paternity as to the purported father of your child, contact an attorney in our office to assist you in determining the best course of action and the consequences to bringing an action for paternity and child support. Likewise, if you have been served with paperwork by a man purporting to be the father of your child or children, let us give you the professional legal advice and help you need. 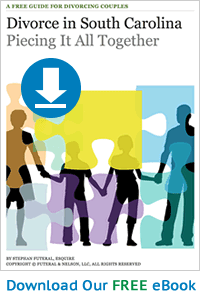